Love is the most delightful of all feelings, everyone will concur on this and when this feeling of adoration was given a substantial shape we got Taj Mahal. This to a great degree grand landmark was worked by Shahjahan as he adored his significant other more than whatever else. The emblematic utilization of white marble by him to mean virtue of his feelings is obvious. This encapsulation of affection when joined with splendorous Khajuraho gathering of sanctuaries and the ever quiet city of Ghats-Varanasi gives an altogether different schedule that could bear some significance with numerous. The visit timetable of this schedule records Golden Triangle (Delhi, Jaipur, Agra) at first with all its significant vacation spots after which there is outing of Khajuraho and its temples depict the open mindset of earlier civilization that flourished under Chandela Empire.

Upon your arrival in Delhi, your driver will greet you at Delhi International Airport and transfer you to your Hotel. Check in and Rest of the day is at your leisure and rest. Overnight stay at the hotel. 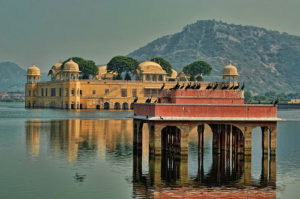 After breakfast, check out from the hotel and transfer to Jaipur by 08:30 hrs. On arrival, check in to the hotel. After some rest, proceed to visit Birla temple, Nahargarh Fort (sunset view over city). Evening visit – Chokhi Dhani five star ethnic village resort for an exquisite Rajasthani traditional dinner with dance and music. Overnight stay at Jaipur hotel.

After breakfast proceed to cover city attraction covering Amber Fort. Enjoy Feel like a maharaja from the past as you ride up to Amber Fort on an elephant outfitted with traditional Indian draperies. Later visit Hawa Mahal, Jantar Mantar (observatory), City Palace & Museum. Overnight stay at the hotel.

After breakfast check out from the hotel and drive to Agra – a historical and romantic city of medieval India by 08:30 hrs. Enroute stop at UNESCO World Heritage red sandstone complex of Fatehpur Sikri built in 1569 by Emperor Akbar and abandoned 15 years later due to water scarcity. Visit Buland Darwaza, Diwan-e-aam, diwan-e-khas. Then continue to Agra. On arrival check-in at hotel, later proceed for a half day city tour to Agra Fort- built by Emperor Akbar on the banks of the Yamuna River. Later proceed to Taj Mahal for the most beautiful sunset view of – The Taj. (Taj Mahal closed on Fridays). Overnight stay at Agra hotel. 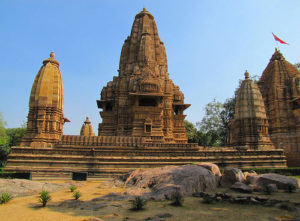 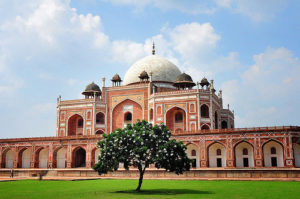 After breakfast, check out from the hotel and proceed at 09:00 hrs for a full day tour in Delhi. Visit Jama Masjid- one of the largest mosque in the world, built by Shah Jahan to dominate the city, Red Fort- the largest monument in Delhi that was the residence of Mughal emperor of India for 200 years, Raj Ghat- a memorial built to commemorate the site of Mahatma Gandhi – cremation, Qutub Minar- UNESCO World Heritage-listed tallest minaret, Humayun Tomb- another UNESCO World Heritage site, Lotus temple- Bahai house of worship, famous for it flowerlike shape, drive past Embassy, Diplomatic enclave, stop for a quick photo at India Gate and Rastrapati Bhavan, Parliament House, Connaught Place and Delhi main shopping area. Later in the evening, drop at Delhi International Airport for your onward journey with memories.